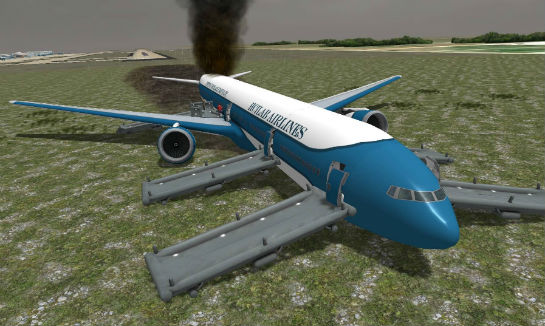 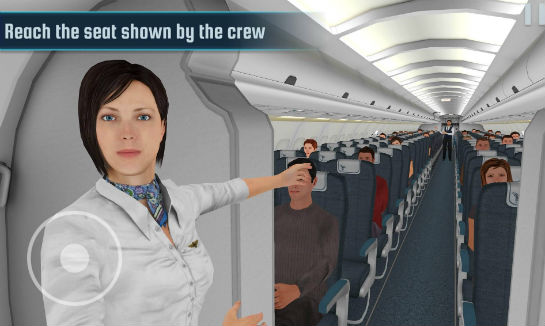 The apps guide users through video game-style levels that teach them what to do in the event of a flight emergency such as in-flight decompression, a ground collision, runway overrun, water landing or crash landing. HCI Lab Photo
“Passengers do not pay attention anymore to the safety instructions provided by airlines,” said Prof. Luca Chittaro, director of the HCI Lab, in an email interview. “Pictograms used in safety cards and the audio-visual illustration of instructions in briefings are not clear enough to comprehend or can be difficult to remember for many passengers,” he added.
“So, for airlines that want to improve passengers’ level of emergency preparedness, the problem is twofold: in addition to getting the attention of the passengers, safety instructions should also become easier to understand and remember.”
Interactive media can play a significant role in improving comprehension, he said. It can show users what to do in realistic three-dimensional worlds from multiple viewing angles and provide personalized feedback based on the errors they make. 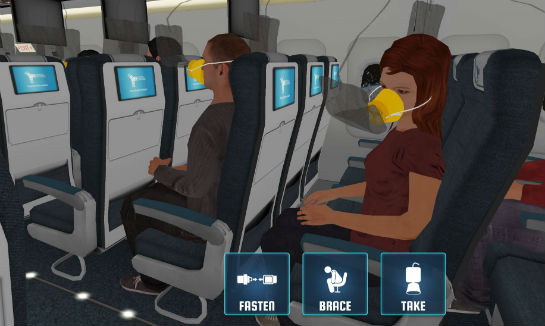 A study revealed that 90 per cent of participants learned a brace position for emergency landings using “Learn to Brace,” another app the HCI Lab developed. Only 33 per cent of participants learned the position using safety cards. HCI Lab Photo
“The app supports an experiential, active exploration of the brace instructions, instead of the passive watching of traditional safety briefing media,” said Chittaro. “Users have to ask themselves where they would actually put their head, hands, feet during an emergency landing and then pose their 3D avatar in that way.
“Then, following a game-like format, the app shows them the effects of their choices in vivid and memorable ways. In this way, interactivity allows users to understand better the cause-effect relations between passenger’s correct or wrong actions and their consequences.”
While “Prepare for Impact” is aimed at improving in-flight safety, the developers expect people to engage with it in their spare time on the ground, not during flights. For this reason, HCI Lab is also developing an interactive version of airline safety cards that runs on wearable virtual reality headsets and tablets and could be suitable for in-flight use. 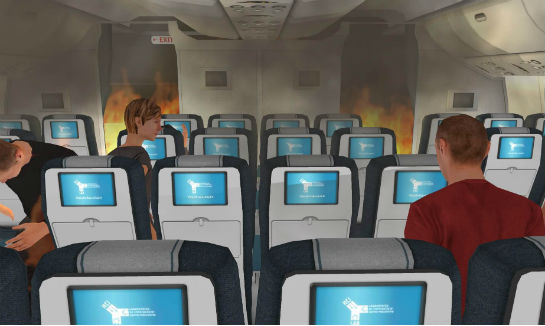