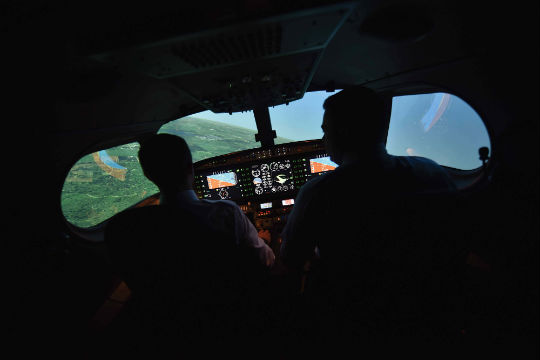 During upset prevention and recovery training, flight simulators (both generic and type-specific) provide further practical skill development while helping pilots transition to the operational environment. Mike Reyno Photo
Aircraft come in a variety of shapes and sizes, and it doesn’t take a rocket scientist to discern some fairly notable differences between a Lockheed U-2 spy plane, an Airbus A380, and the venerable F-16 Fighting Falcon.
Each will possess its own flight characteristics and idiosyncrasies, often defined by metrics (size, weight, aspect ratio, roll performance, load limit, etc.). In view of this fact, very specific pilot training is required to qualify in these varied designs. Since it is unsafe or even illegal in certain aircraft categories to provide comprehensive Upset Prevention and Recovery Training (UPRT), it stands to reason that it would be highly desirable to have the capacity and capability to safely and legally provide “universal” UPRT, which is transferable to most other types of aircraft.
Highly desirable and logical…yes, but is it practical and effective? Therein lies the question of the day: “How universal and widely applicable can UPRT be developed, and yet remain effective, viable, tailored, and transferable to a variety of aircraft of different categories?”
The International Civil Aviation Organization (ICAO) has called for the integration of several different educational mediums to achieve comprehensive UPRT. Academics provides a foundational understanding of important concepts. On-aircraft training is then used to introduce essential human factors learning elements, with flight simulators (both generic and type-specific) providing further practical skill development and the transition to the operational environment. Can this be done in a manner that will reach across the wide range of aircraft mentioned above? 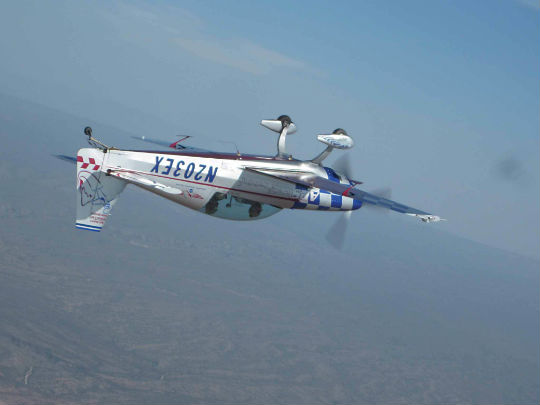 Performing maneuvers in an aircraft allows the pilot to feel the sensations of sustained g-forces, which are not accurately replicated by a flight simulator. APS Photo
To begin with, let’s consider a commonly accepted form of transferable training that pilots undergo. When learning to fly airplanes solely by reference to instruments, it is not uncommon for pilots to hone their instrument flying skills in a smaller aircraft. The core skills they learn in the smaller, slower aircraft will serve them well as they progress to larger, faster, and more complex aircraft. There are avionics differences in the various aircraft types, but the core discipline, methodology, and application of those instrument skills are still transferable to a variety of other aircraft. Similarly in UPRT, there are common laws of aerodynamics, physics, primary flight controls, human psychology, and physiology that are applicable when flying all aircraft types. This is why the foundational principles of UPRT are applicable to other aircraft throughout a pilot’s career.
Let’s examine some similar characteristics of various aircraft during upset events, and then the differences. An aircraft upset is defined as an airplane in flight unintentionally exceeding the parameters normally experienced in line operations or training. These parameters are normally defined by specific attitudes and/or speeds, hence, flight envelope. For example, in all fixed-wing aircraft, as the Angle of Attack (AOA) increases, the airflow eventually separates from the topside of the wing, reducing the effectiveness of the airfoil. AOA is defined as the angle between a reference line on the airplane or wing, such as the wing’s average chord line, and the relative wind. Beyond a critical angle of attack, a stall occurs. Stalls are a subset of aircraft upsets. In fact, the stall is the aircraft flight condition most often associated with upset events resulting in Loss of Control In-flight (LOC-I); which is itself the leading cause of aviation fatalities. 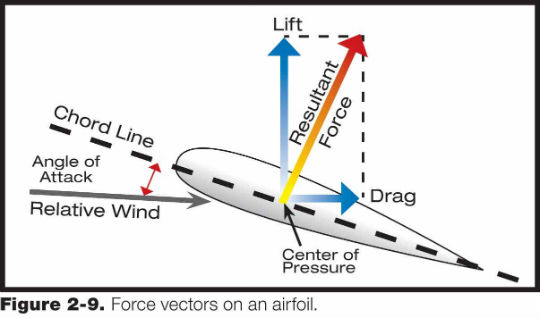 Effects of the resultant airflow disruption may vary from a classic “g-break” as the wing loses lift with a corresponding lowering of the aircraft’s pitch attitude, to a high sink rate developing, as in a sustained/full aft stick stall, often exhibiting lateral instability and associated rolling motion or wing rock.  While the motion may vary by aircraft design, the fact remains that in all these cases the aircraft has transitioned to a state of upset because the aircraft is no longer following the commands of the pilot/autopilot.
In each of these scenarios, the aircraft is non-responsive to normal control inputs and requires specific positive action to return to stable and controlled flight. Proper UPRT can ingrain the correct and universal inputs necessary to achieve this transition from unstable and uncontrolled flight into the region of stable and controlled flight, despite the fact that the specific aircraft characteristics of the stall would vary between airframes.
Likewise, the initial critical step for the aviator is to eliminate the stalled condition by reducing the AOA through pitch inputs to the stick or yoke. This action can be modelled by an alternate aircraft type executing an unload (as evidenced by a lightness in the seat), the first and most critical step.
Performing these maneuvers in an aircraft provides the benefit of the pilot actually feeling the sustained g-forces, which are not accurately replicated by a flight simulator. This realism in the aircraft is bolstered by the fact that the aircrew actually perceive risk, a feeling which is not present in the simulator where there is little threat of consequence.
Various airframes will respond to uncoordinated stalls in a similar fashion, as will the flight crew’s innate/improper response to apply aileron against the uncommanded roll. Many airframes will quickly progress from a stall to an incipient spin, and finally to a fully developed spin, if yaw is present during the stall and proper corrective actions are not taken. Having a universal strategy for prevention and recovery of upsets and stalls, applicable to a variety of aircraft, is highly desirable. It is paramount the pilot actually experiences the upset flight attitudes, physiological conditions and g-forces to which they are normally not subjected. 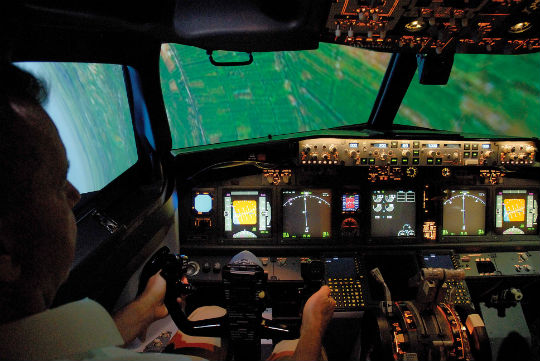 Differences between the training aircraft and corporate/commercial aircraft can be introduced by transferring techniques learned in the air to the representative simulator. APS Photo
An appropriate aircraft with aerobatic capabilities and elevated g-load limits allows the student to experience these situations with a far greater margin of safety than if they had attempted these maneuvers—quite likely illegally—in their “regular” aircraft. No matter how realistic a flight simulator might be, it cannot replicate the psychological and emotional responses that an upset encounter in the real world will generate. Flight crews who undergo comprehensive upset training in an actual aircraft will be far more prepared to respond to a real upset due to their on-aircraft experience.
Employing an all-attitude capable airframe which provides the necessary training capability and margin of safety will present differences from other types of aircraft. Let’s examine where the characteristics are different and consider whether this affects transferability of training. One of the first apparent differences to the student will be the cockpit itself. The aerobatic “surrogate” aircraft will likely sport a bubble canopy and little instrumentation.
Conversely, most corporate or transport aircraft exhibit less visibility and the flight crew’s attention is largely devoted to the highly instrumented cockpit. Most passenger-carrying aircraft will be multi-engine (providing asymmetric thrust challenges), and will have a broader range of operating speeds and altitudes. These differences, along with the control forces, can be addressed by transferring techniques introduced in the training aircraft to a representative flight simulator; demonstrating that the effectiveness of in-flight training is transferable to a larger transport category airplane.
The simulator functions as a bridge between the on-aircraft training and the operational aircraft.
The benefits of UPRT training, even when performed in dissimilar aircraft, can provide pilots with an effective solution to any upset that, through practice and repetition, becomes intrinsic and ingrained. It can become an ever-present skillset that has already been proven throughout the aviation industry to make the difference between an upset ending as an incident or as a fatal accident.
William “Borneo” Gregory is an advanced instructor for Aviation Performance Solutions (APS), a former military test pilot with the United States Air Force and NASA Space Shuttle Pilot. Expanded versions of Skies articles by APS are available at apstraining.com/skies. APS specializes in reducing the risk of loss of control in-flight globally through integrated upset prevention and recovery training (UPRT) solutions.
News from the Web