Aviation history buffs are invited to join two of Canada’s foremost industry authors for the launch of a new book celebrating the unknown–and unsung–airmen of the First World War. 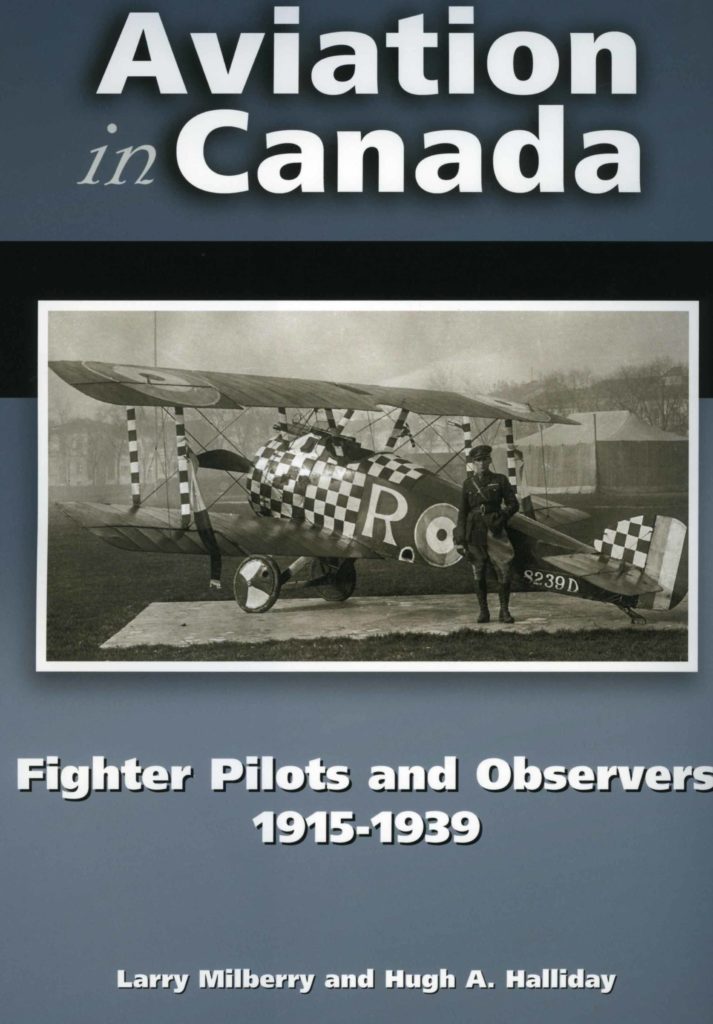 Titled Aviation in Canada: Fighter Pilots and Observers 1915-1939, the book is being released this year to coincide with the 100th anniversary of the 1918 Armistice.

Authors Larry Milberry and Hugh A. Halliday will celebrate its debut on Oct. 4 from 2 p.m. to 7 p.m. at the Royal Canadian Military Institute (RCMI), 426 University Ave., in Toronto. Aviation enthusiasts are invited to attend the event, which will be held in the RCMI’s “Short Bar.”

A tribute to Canadian airmen in the pioneer days of aerial combat, the book is also a treasure trove of 350 rare and obscure photos featuring famous scouts and two-seater aircraft, including the Camel and Bristol Fighter.

Besides much new history about Canadian airmen in the First World War, the 184-page book covers the Royal Canadian Air Force fighter scene (Camel, Siskin, Atlas, etc.) through the interwar years to the eve of World War Two.

Milberry told Skies he has been gathering material for this book for more than 40 years. He enjoyed researching the lives of unknown aviators who served when aerial combat was still in its infancy.

“Hugh and I decided that the best thing to do with this book would be to tell the stories of the many, many Canadian airmen that few have ever heard of,” he said. “There were thousands of Canadian airmen in the British services, but who were these guys? We figured it was time to give these fellows a bit of the glory many still haven’t received.”

Milberry added that there is no current book about Canadian airmen of the First World War.

“In a way, we’re revitalizing something that was current way back when. We just wanted to do our bit in that regard. It’s page after page of great stories.”

Aviation in Canada: Fighter Pilots and Observers 1915-1939 is priced at $50 and can be ordered through the CANAV Books website.

News from the Web

Pilot safely removed from plane that crashed into power lines

From fighter pilot to robotics pioneer: An interview with Missy Cummings

U.S. sues to stop deal between American Airlines and JetBlue