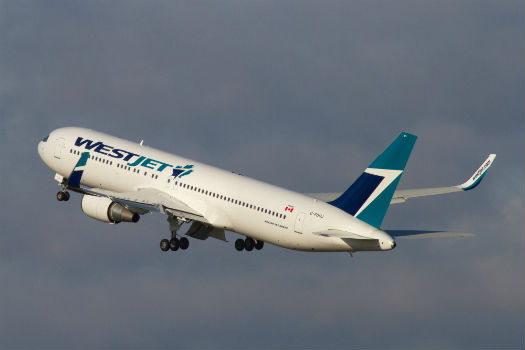 The 767 fleet will consist of four Boeing 767-300ERs formerly operated by QANTAS.
WestJet celebrated a landmark moment in its 19-year history on Oct. 22, with the introduction into service of its first widebody aircraft, a Boeing 767-300ER. The airline’s inaugural widebody revenue flight operated from Toronto to Calgary with more than 200 passengers on board.

The airline announced the purchase of four former QANTAS Boeing 767-300ERs in late 2014, and is currently refitting and painting them. The first WestJet 767 was delivered to Calgary from Chennault International Airport in Louisiana in late August, where it remained on the ground for crew training and familiarization before entering revenue service. A variety of new equipment for handling the widebody aircraft, including new loaders and tugs, has necessitated significant training for ground handlers. 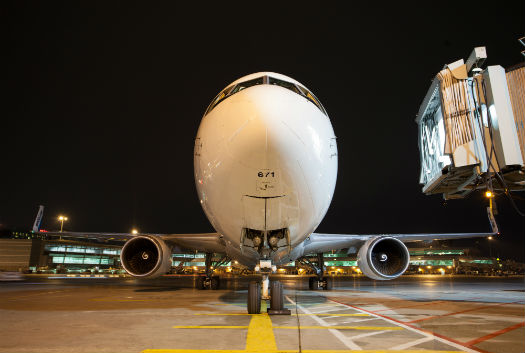 The widebodies will serve other routes starting in December.
The widebodies will serve additional routes starting in December. WestJet’s popular non-stop seasonal service between Edmonton and Maui begins Dec. 11, with the 767 replacing leased Boeing 757s from Thomas Cook that were formerly used on that route. The widebodies will also be introduced to the Toronto-Montego Bay Caribbean winter route starting Dec. 5, to supplement Boeing 737s that operate that service twice daily. The Boeing 767-300ER’s extended range approaches 11,000 kilometres, which will allow the airline to begin serving Europe and other regions of the world from Canada on a non-stop basis. 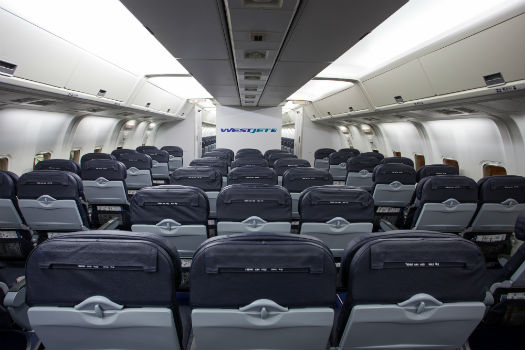 The cabin configuration features a new take on WestJet’s popular leather seats, equipped to hold tablet devices.
This will transpire once WestJet receives extended twin-engine operations (ETOPS) certification for the 767 operation. WestJet has announced that London Gatwick will be its first 767 transatlantic destination, starting in May 2016. Gatwick will be served from Vancouver, Edmonton, Calgary, Winnipeg, Toronto and St. John’s. With the exception of service from St. John’s, all London flights will operate on WestJet’s fleet of 767-300 extended-range aircraft.

The deliveries of the four widebodies will be spread over eight months, with the last one arriving in spring 2016, just prior to the launch of London service. The former QANTAS aircraft were chosen because although they have higher hours, they have relatively low cycles due to the nature of their flights.

If they prove successful, the airline plans to replace them with new build aircraft (such as 787s) in relatively short order.
New features
A number of modifications have been made to the new 767 fleet, including the installation of Aviation Partners Boeing winglets. Also clearly visible on the outside is a brand new teal and blue maple leaf logo containing the characteristic WestJet chevron, which will eventually appear on all WestJet aircraft.
The cabin configuration features a new take on WestJet’s popular leather seats, equipped to hold tablet devices as part of the new in-flight entertainment (IFE) system. The cabin will feature a total of 262 seats, with 238 economy seats in a two-three-two configuration. The 24-seat premium ‘WestJet Plus’ section will be separate and laid out in a two-two-two configuration. 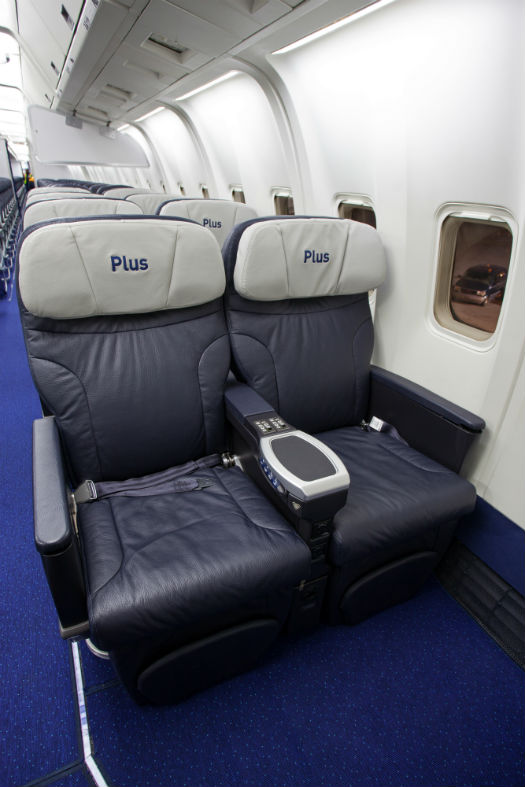 The 24-seat premium ‘WestJet Plus’ section will be separate and laid out in a two-two-two configuration.
The 767s will be equipped with WestJet Connect, the airline’s new IFE and wireless connectivity system. Introduced in July 2015, the new system features wireless internet connectivity and more than 85 movies and 329 TV programs, including French content. Mobile devices and tablets using either iOS or Android operating systems will need the latest version of the WestJet app installed prior to boarding. Guests will also be able to access WestJet Connect using their laptops. Tablet rentals will be available on flights longer than three hours and 20 minutes.
The WestJet app will take guests to the WestJet Connect home page, where they can begin accessing content. Seats on WestJet Connect-equipped aircraft will also have 110-volt and/or USB power outlets, allowing guests the opportunity to charge or power their devices.
Content will be refreshed on a monthly basis and will be offered at no charge for an introductory period. The system’s internet connectivity will be available at an introductory price of $7.99 plus applicable taxes for the duration of each flight.
Latest HeliTrader Listings

Two aboard small plane safe after it crashes into Lake Mead

Small plane crashes into Minnesota home, killing all three aboard