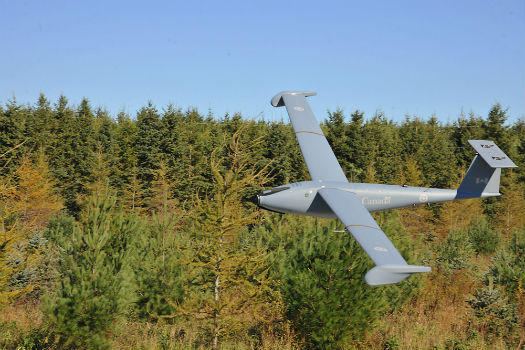 This is the first time the Department of National Defence will test an unmanned vehicle manufactured in Canada in this role. Brican Photo
Scientists from the Department of National Defence Industrial Research Program will test a Canadian-designed and built Unmanned Aerial System (UAS) for potential use in coastal defence. The Brican TD100 and its sensor payload will be assessed for its ability to detect submarines and other metal anomalies (such as ships or mines) beneath or on the water.
Such detection is currently carried out by sensors mounted on a manned Aurora aircraft or Canada’s RCAF helicopters. This is the first time that an unmanned vehicle manufactured in Canada will be tested in this role.
“I’m proud that our aircraft, designed and manufactured here in Brampton, might one day play a significant role in Canada’s coastal defence,” says Brican McLuckie, CEO of Brican Automated Systems. 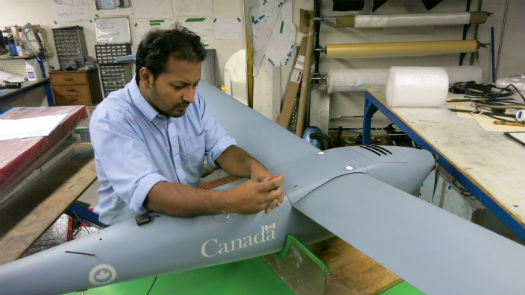 The Brican TD100 is manufactured in Brampton, Ont. Brican Photo
The Brican TD100 is a fixed-wing, long-range aircraft capable of carrying a wide variety of sensor payloads. It can be catapult-launched from a ship with limited deck space, and can land with high accuracy on a small inflatable runway located on or off the ship. On these missions, the TD100 will be outfitted with two Magnetic Anomaly Detection Systems, “Geometrics” from the US and (MAD-XR) magnetometers manufactured by “CAE” in Montreal.
Using an Unmanned Aerial System (UAS) offers several potential benefits to Canada’s military, including: 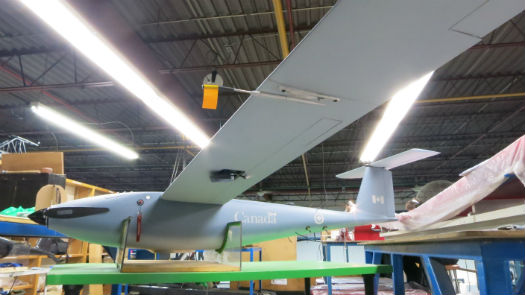 The TD100 has flown successful missions including acquiring mapping and wildlife survey data, and thermal scanning for forest fire hotspot monitoring. Brican Photo
The TD100 utilizes the latest in advanced composite materials and manufacturing techniques.
Brican and the TD100 recently qualified for Defence Industrial Research Program Funding, which has helped enable modifications necessary for this testing. The TD100’s 9.1 kg (20 lb) payload capacity means it can carry a wide variety of sensors for different tasks. It has previously flown successful missions demonstrating its ability to acquire high-resolution mapping and wildlife survey data, and execute thermal scanning for forest fire hotspot monitoring.
The TD100 is a Canadian aerospace product, built with the same attention to safety and operational standards as a manned aircraft – which significantly differentiates this aircraft (along with its payload capacity) from the growing number of less capable UAVs on the market.
News from the Web

One year after the 737 Max’s return, Boeing is still trying to get back on course