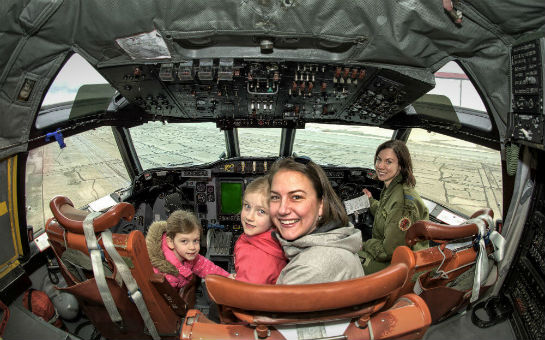 The event takes a hands-on approach to capturing the interest and attention of a largely missing female demographic.
I remember a flight I took last year from Regina to Calgary as I was making my home to Langley, B.C.
It was a WestJet Bombardier Q400 and it was the first time I’d flown on the airline’s new short range option. To my surprise, a female voice came over the intercom from the cockpit as we pushed back and began to introduce herself and the entirely female crew on board.
My surprise wasn’t from a case of gender bias, but rather a quick realization that you just don’t often see women piloting commercial aircraft and I can freely admit that I wouldn’t have batted an eye if the voice had been male.
Enter Kirsten Brazier, an accomplished British Columbia-area pilot and founder/organizer of The Sky’s No Limit—Girls Fly Too!, an annual event that aims address gender and cultural diversity in aviation, aerospace, marine and defence.
Brazier is trying to make the sound of that voice less of the reason we take notice. 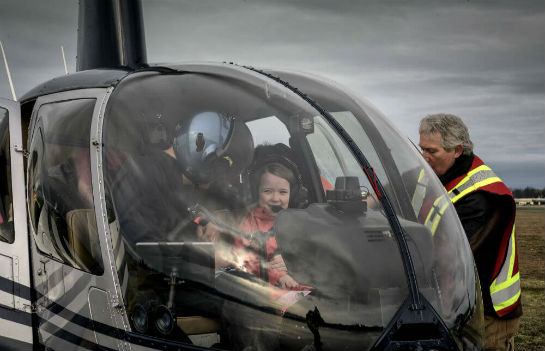 Participants took part in a wide variety of activities that helped introduce them to the several sectors in the world of aviation, aerospace, marine and defence.
According to Girls Fly Too!, out of 24,505 professional pilots in Canada, only 5.5 per cent of them are women. How about the aircraft engineers? Women only make up 2.8 per cent of the 19,601. Less than three per cent of the technical and top command positions in the Canadian Forces are women. How can Girls Fly Too! make a difference?
On March 12-13, 2016, more than 15,000 participants from around British Columbia and beyond were expected to converge on Abbotsford International Airport for the fifth annual The Sky’s No Limit—Girls Fly Too!, a massive outreach initiative that’s held during the week of International Women’s Day.
The event takes a hands-on approach to capturing the interest and attention of a largely missing female demographic. 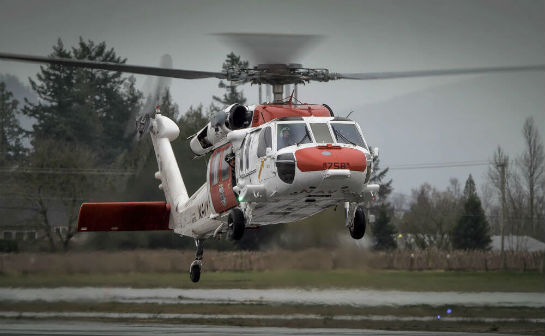 There has been steady growth since the first two years, when the event was held in Yellowknife, N.W.T.
But how do you get them there? The aircraft and activities on display aren’t enough. There needs to be something more.
“We’re after female first time flyers, infants to grandmothers,” said Brazier. “When we hold this event, we can tell them about all the cool military and Coast Guard aircraft but that’s not going to get them to come out, so what we do is offer a free helicopter ride to female first-time fliers of all ages. The ride is really just the bait to get them here with us. Once they get here, they’re suddenly so excited about how cool everything is, which it always was, they just never knew it because they’d never seen it before.”
Participants took part in a wide variety of activities that helped introduce them to the several sectors in the world of aviation, aerospace, marine and defence. What about an “out of this world” experience like meeting retired NASA astronaut Wendy Lawrence and Canadian Space Agency engineer Isabelle Tremblay? Both were scheduled to be special guests at this year’s event in Abbotsford.
If you’re wondering what sort of voice an event like this can wield, you only need to look at the numbers. There has been steady growth since the first two years, when it was held in Yellowknife, N.W.T. 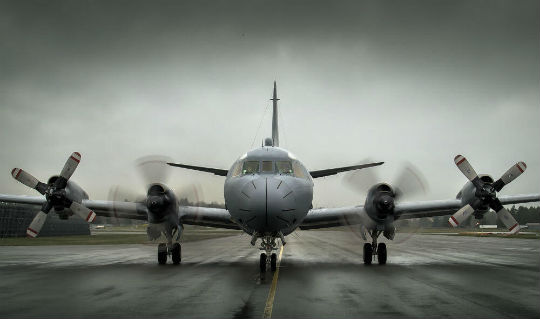 Despite challenging weather conditions, the weekend came off as a huge success.
“This year we were also pleased to add corporate participation from a great blend of organizations within the aviation, aerospace, marine and defence sectors. These are the industries whose companies run governments and to me, this is a great example of our growth and visibility as an event. That’s something that really excites me about this year.”
Despite challenging weather conditions throughout the week that included two massive wind storms, one of which occurred late in the day on Sunday, the weekend came off as a huge success. With a strong core of volunteers, interesting presenters, amazing static displays and a dedicated group of helicopter pilots, there was plenty to see, do and experience.
While it will take time to tally the results, the sheer number of flights given over the course of the weekend by all nine helicopters should be most impressive. Group after group of excited young girls and women of all ages were escorted out to the flight-line where they were treated to a ride around over Abbotsford, complete with mountain views. 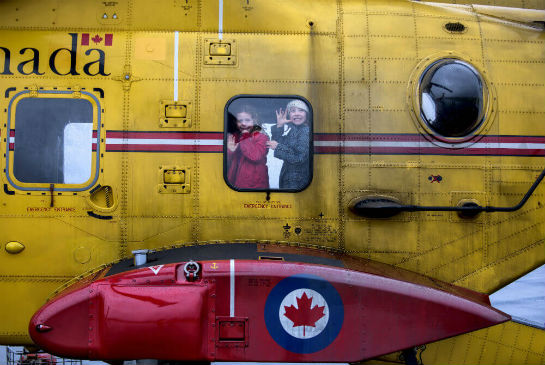